Goodness, it's time I changed my status 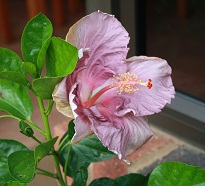 Is it just me or do other people have problems with software updates.

Normally, I am the biggest Macfan out there but for some reason, ITunes simply can't adjust to a music folder being stored on an outside device rather than on a too-small home drive. The result is that every time ITunes updates, it messes up the links to the song files and I have to manually 'find' them.

The last update took me two days to fix up. What I don't understand is that an organisation like Apple doesn't get that people will use external hard drives to store their music libraries, so why not make access to the external source part of the update process.

Ah well, I'll be buying an iPad soon and then that will be my primary music and photo source, which will clear up my desktop computer's hard drive for real work.

As soon as they arrive in South Africa.
MO
Tweet More...

Thanks again to Lesa and Thor for yet another clever innovation.

Runboard is going to be bigger than Facebook! LOL.

Everybody get together and build your friends network, it's a great way to keep in touch with what everybody you know on Runboard is doing.

I decided on the spur of the moment to take a trip north when my children left on Monday morning. And today I fly back home having spent three days with my beautiful children.

I really do loving living by the sea and of course I adore my husband and my dogs, I wish I could bring all of that closer to where my children have to live and work.

I spent three wonderful days enjoying their company, went out for meals, was here when the youngest returned from his trip to Cairo and today I return to my home.

Luckily they are able to take long weekends to come to me and during the school holidays which are six weeks long this winter because the schools are closed for the duration of the world cup, my number three son will be visiting for a few days.

Then in August we do a two-week holiday visiting friends and here again before heading off to a game farm where some of them will join us and then November I'll be back here for the birth of my first grandchild.

So although the trips aren't exotic, I'll be able to say that 2010 was one of short, sweet visits and at least I don't go back with a dose of flu this time around.

Are we becoming internet-dependent?

Our internet was down today for a long time due to flooding in Johannesburg which is 500 miles away from where I live.

I felt like my hands had been chopped off.

I had to find other things to do today while I waited and waited for it to come back and breathed a sigh of relief when it did.

Am I turning into an addict, or am I already there?

Is this a good thing, should I learn to spend time reading real books rather than chatting away to the many friends I've pricked up around the world.

Imagine what it would be like to live in a world of candlelight and fires made from scratch, unrefrigerated food and having to send messages by runners. Imagine not having even the smallest electrical appliance. I can't even though I grew up in an era of radios that had to warm up before they worked and only three radio stations to choose from. We had a coal-fired stove in the kitchen and my mother was the first person in her family to own a proper refrigerator.

Having lived through all of it, I think I can safely say that this is a wonderful time to be alive and I'm very happy to have lived long enough to be able to chat to people on the other side of the world in an instant.
MO
Tweet More...

Our family loves to travel.

I suppose it comes from all the years of when the children were growing up and we used to take a regular annual holiday at the sea and then when they started rowing, camping out wherever the regatta happened to be.


This led to years of taking the caravan out to nearby campsites for weekends whenever the mood was right and visits all around the country including weeks and long weekends at the various game parks.

As the children grew older and were able to take themselves off, overseas travel became a reality with first one going to America for a long visit and then another to Hawaii for a conference and eventually holidays in Europe for the boys and then our own trip to the UK last year.

In December one couple did the same tour we did in the freezing winter weather while another travelled around South America seeing cities, deserts, salt pans and finally Macchu Picchu where one of his tour guides was killed a few weeks later in a mudslide. And then last night he left on his next trip, to Egypt.

While I type this, his flight is about to land at Cairo airport for a very exciting two-week tour of the city and the historical sites around it, including the pyramids naturally then the valley of the kings, the Aswan Dam, Hatshepsut's temple and finally a trip down the Nile back to Cairo and home.

Later in the year, we'll be stopping at various points along the way to Johannesburg from where we'll travel to a little game park close to the city for a week of the bushveld experience. It's not Cape Town which was what my husband wanted to do but which is not a pleasant trip in August, and it's not overseas but I'm looking forward to a week of cool evenings and game viewing.

Does everyone enjoy travel? And do people overseas do as much of it as we seem to do in South Africa. For instance, we are selling our house with the idea that before we settle into a retirement village we are going to store all our belongings and pack up the car, and then just travel wherever the mood takes us in Southern Africa. With our passports in our pocket, we're hoping that we'll be able to see Botswana, Namibia and possibly, Mozambique, before another trip to the UK and Europe.

I love it and I look forward to being able to do more trips before old age and decrepitude force me to travel no further than my front door.